An unlikely duo, but nevertheless, both very important for pollination and for my books! First, a little something about bats — an equally important pollinator. Some of us think of bats as evil, blood sucking creatures that turn into vampires! Somebody had a great imagination when they thought of that. In fact, Bram Stoker wrote the very classic, but scary book about a nasty vampire from Transylvania (a real place), named Dracula! And, did you know, the story was based on a history! There really is a castle in Transylvania, a part of old Romania, believed to be Dracula’s Castle.

There are also bats called “vampire bats”. But, the main bat in my books, the Phillip’s Quest series, is not a vampire bat. The main bat-in-charge is named Bael. And is found in “Above the Stars.”

The head chiroptera, named Bael, flew through her window and landed before her. He bowed, in respect to the Red Witch.

“How can I be of service, Your Majesty?” A low deep voice ensued.

The chiroptera was huge, almost as big as Jet, with a blood-red body, tall pointed ears, and huge black wings. His eyes were black, and they reflected no light. He had long, sharp fangs and a forked tongue. His paws and feet had razor-sharp talons.

Now, you are probably wondering why I call Bael and his notorious friends, a chiroptera, and not just a plain old bat. Well, here’s why!

Now, you know the scientific name for a bat, and why decided to use it. 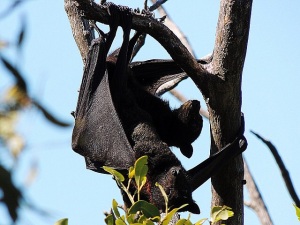 Making a bat is not the easiest thing to do, especially, in origami. Origami is the ancien tart of paper folding. Perhaps you have learned or have seen an origami bird or crane?

Each piece of origami starts out with an absolutely square piece of paper. All you need is a piece of paper from a printer, or copy machine, to start. When you get good at the folds, you can use some light weight colored, or black paper. 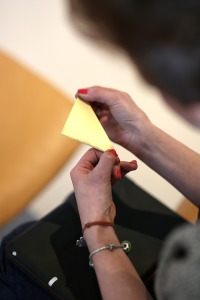 Andy Origami has a great video on You Tube, that shows you how to make a square. Just click on the link. Be sure to make your square perfect. Now, you’re ready to make anything!

For the origami, bat, chiroptera or Bael, here is a great link for you to follow! Watch his hands and notice how carefully he folds!

Here’s an idea! Don’t have black paper? Unfold the bat and color it or make several and use for Halloween decorations! 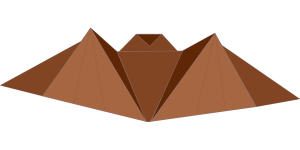 Next, the butterfly! Butterfly fairies are also in “Above the Stars.”

Again, they heard the hushed voice. Phillip immediately unsheathed Lionslicer and spun around, only to come face to face with the most exquisite butterfly he had ever seen. Her wings were an iridescent blue, outlined in a beautiful gold. She wore a pale pink gown that shimmered in the sunlight, her beautiful black hair braided with small white flowers.

“Oh! Dear gnome, I didn’t mean to frighten you. I’m Farfalla, the Butterfly Queen!” Farfalla landed on a large river rock. “I am here, at the request of Azur, to guide you to the bridge.”

No sooner did she say that than six other butterflies, equally beautiful, but not as large, joined her. When their wings were open, they were as colorful as the flowers that surrounded them. Some were orange and green, some yellow and black, and some were beautiful shade of pink, but all with a blue dot at the tip of each wing. 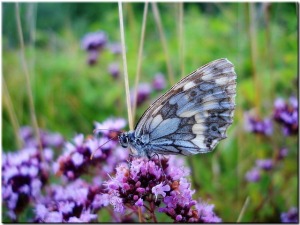 Beautiful butterflies can be made quite easily. Don’t forget to start with that square paper. Wrapping paper is great to use! Again, you can decorate your own, after you get your square!

Here is an easy set of instructions from YouTube! Easy Origami Butterfly by Maggy Woodley and some ideas of what you can do with them! 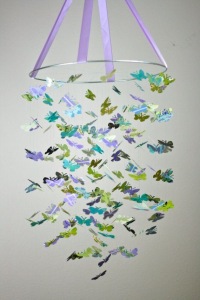 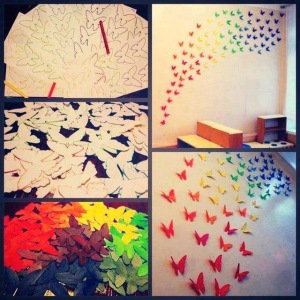 Did you know that June15-22 was National Pollinator’s Week? While this post comes to you a week late, I thought it might be fun to do a few crafts in honor of our favorite pollinators — the butterflies, 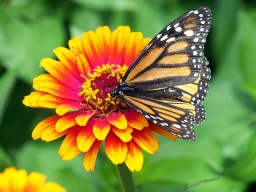 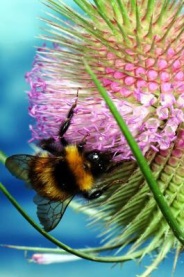 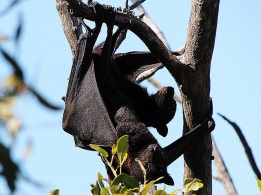 First, however, a little bit about pollination and why it’s so important to all of us. Here is a diagram about how  “pollination” occurs!. Pollen is made by the male part of the flower,  the anther. It is the powdery substance you find on flowering plants. Pollinators love to drink the sugary-sweet nectar that is made by the flowers at the base of the pistil or female part, as they move from flower to flower. When they go in to suck up the nectar, they brush against the anthers and get the pollen on their bodies. When they land on a flower, the pollen will brush off their body into the pistil. If it’s close to the opening, at the top of the pistil, it will make it’s way down to the egg. When the pollen and egg meet, a seed is formed. The seed makes a new plant! Without the seed, we would not have any fruits, vegetables, trees, grass or flowers. This is extremely important to maintain life on earth. 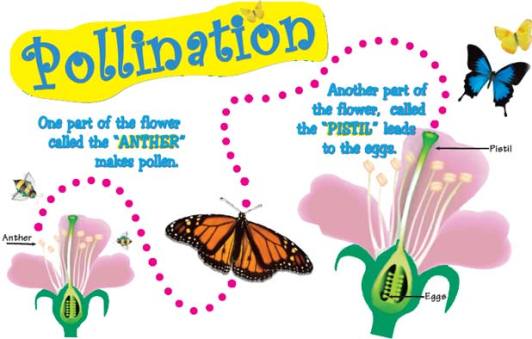 Now that you know the importance of these three creatures, I can tell you that each of them, the bat, the butterfly and the bee are in the Phillip’s Quest books! So, here we go — First: Let’s make a bee! This comes from our friends at Crafty Morning  and is made from egg carton containers. A great recycling craft for those cardboard egg containers.

Cut off two attached egg carton cups and neatly trim excess paper and stuff. This may be something that your mom or dad may have to help you with.

Next, pour some yellow paint in a paper dish and paint both of the egg carton cups bright yellow! When the paint is dry, poke two holes on the top of one the cups. These are where the black antennas will go.

Take a glue dot or hot glue gun, and glue the head and body together.

Pour some black paint in a plate or use a black marker to make stripes around the head and body. Let the stripes dry.

While they stripes are drying, fold one of the black pipe cleaners into a “U.” This will be pushed up through the head, for the antennas. You can leave them straight, or make them squiggly.

Cut the other black pipe cleaner in half and twist together to make an “X.” This will be the bees legs — or knees!

Use the silver pipe cleaner and bend it into a figure “8.” These are the “wings.”You may want to squish it together a bit so that the wings are not so fat.

From the underside of the cup, push the antennas through the holes on the top of the head. If they are very long, you can cut them off or twist them into squiggles.

Using a glue gun or dot, glue the legs to the underside of the body and form the legs.

Glue the wings to the top of the bee.

You can make six from each container! and hang them in your room! 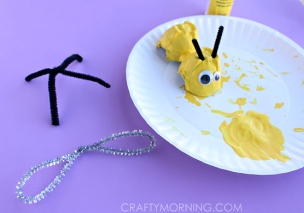 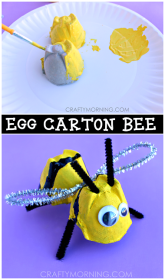 Next week, the butterfly and the bat!

Hint!!! Do you know what origami is?

Hope you enjoyed this week’s craft! As always, be sure to leave me a comment! Get your folding fingers ready! 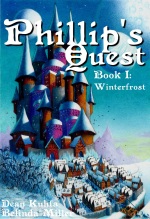 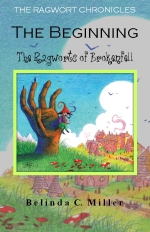 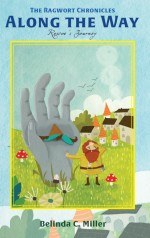 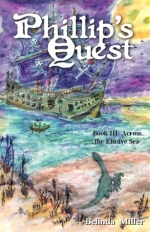